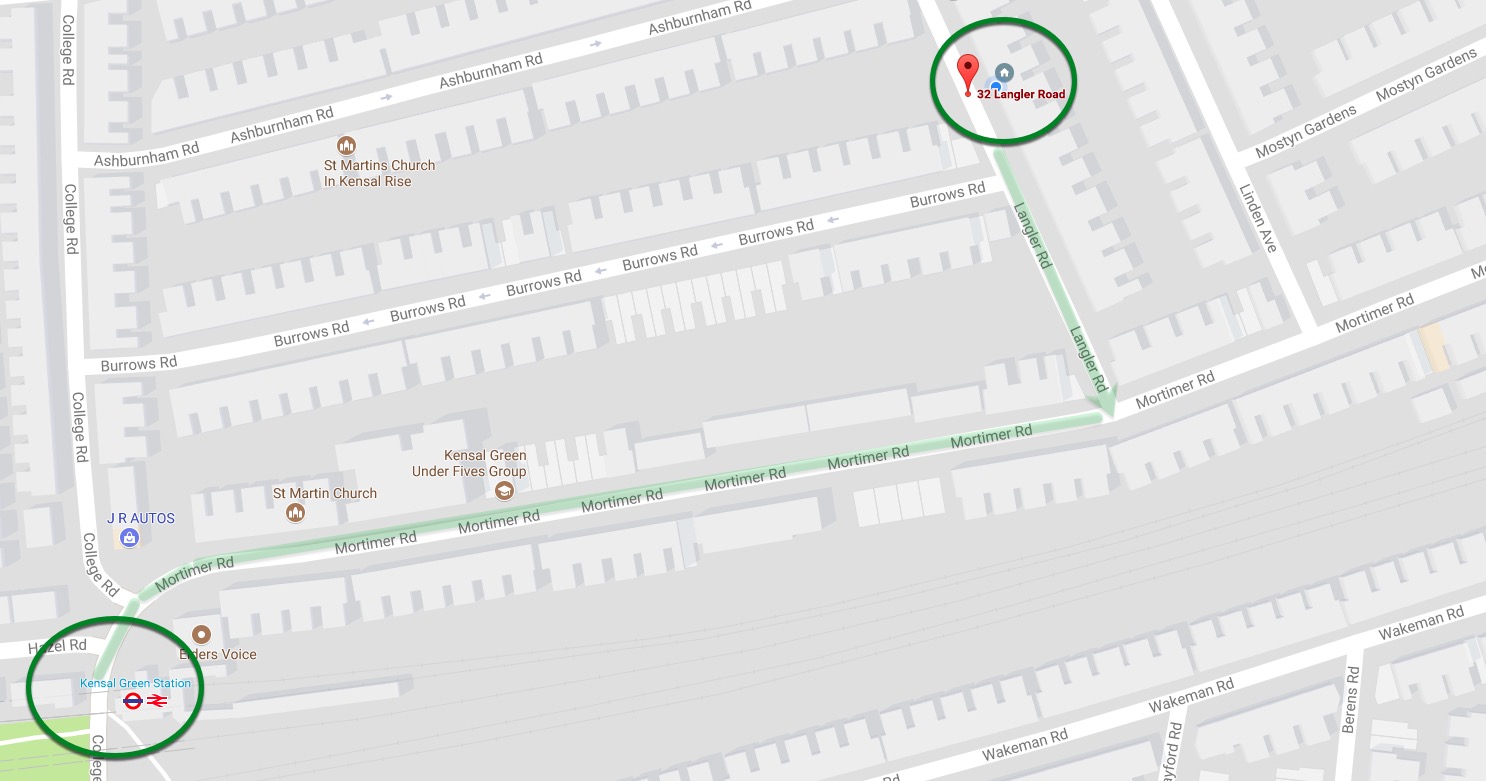 This is the closest station to the house and a great station to catch a ride to edgy/cool East London or for a nice walk in the upscale Hamstead Heath park: 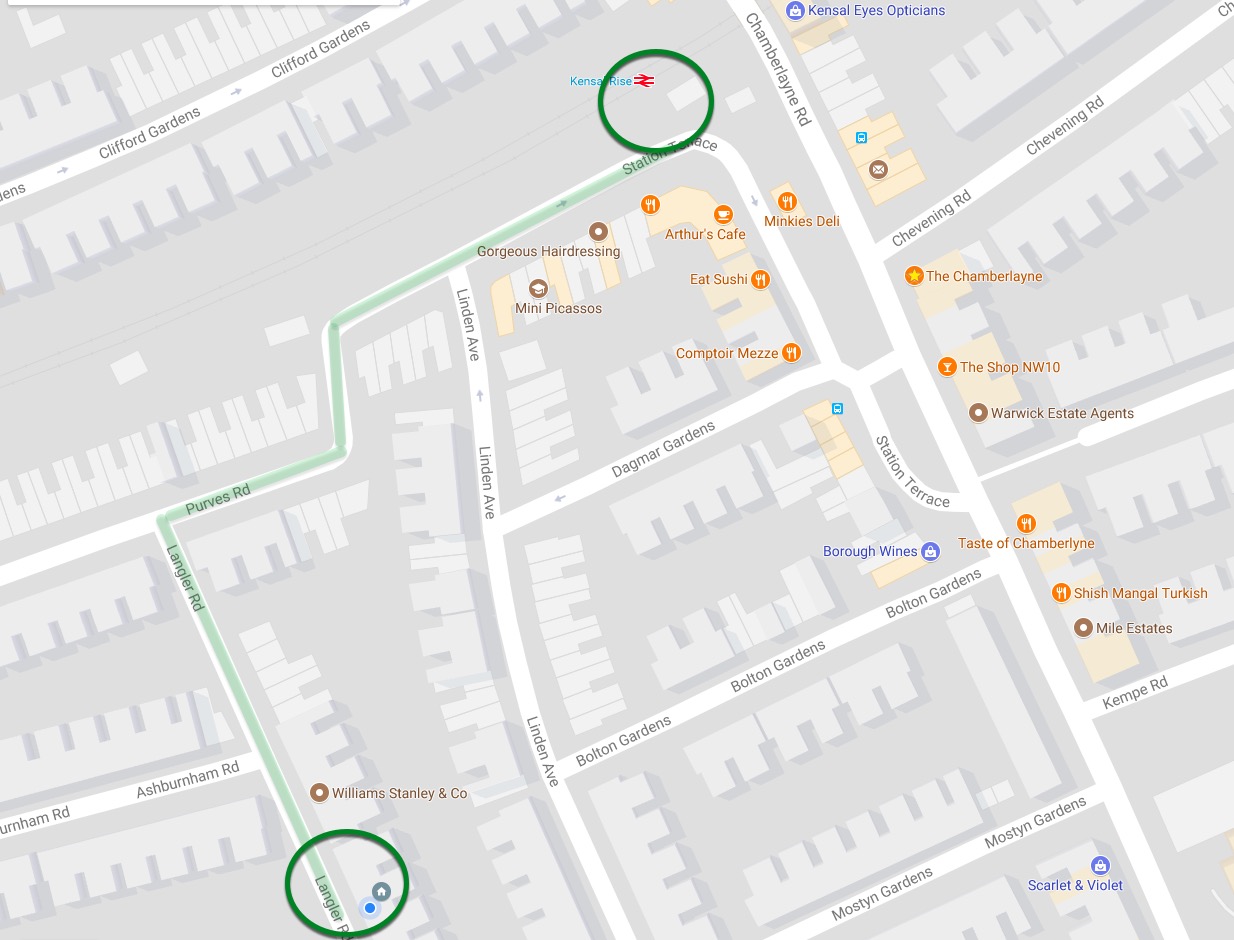 You'd take the walk to Queens Park only if you want a bit of a walk to get there. It is likely one stop closer to where you're going (aka, central london) but it's 3-4 times further away. That said, it's a nice walk and you do walk past Queens Park (a small park but nice). On this route you'll also see the "high street" of both Kensal Rise (Chamberlayne Road) and Queens Park (Salusbury Road) which host a vast majority of the coffee and dining options in this area. 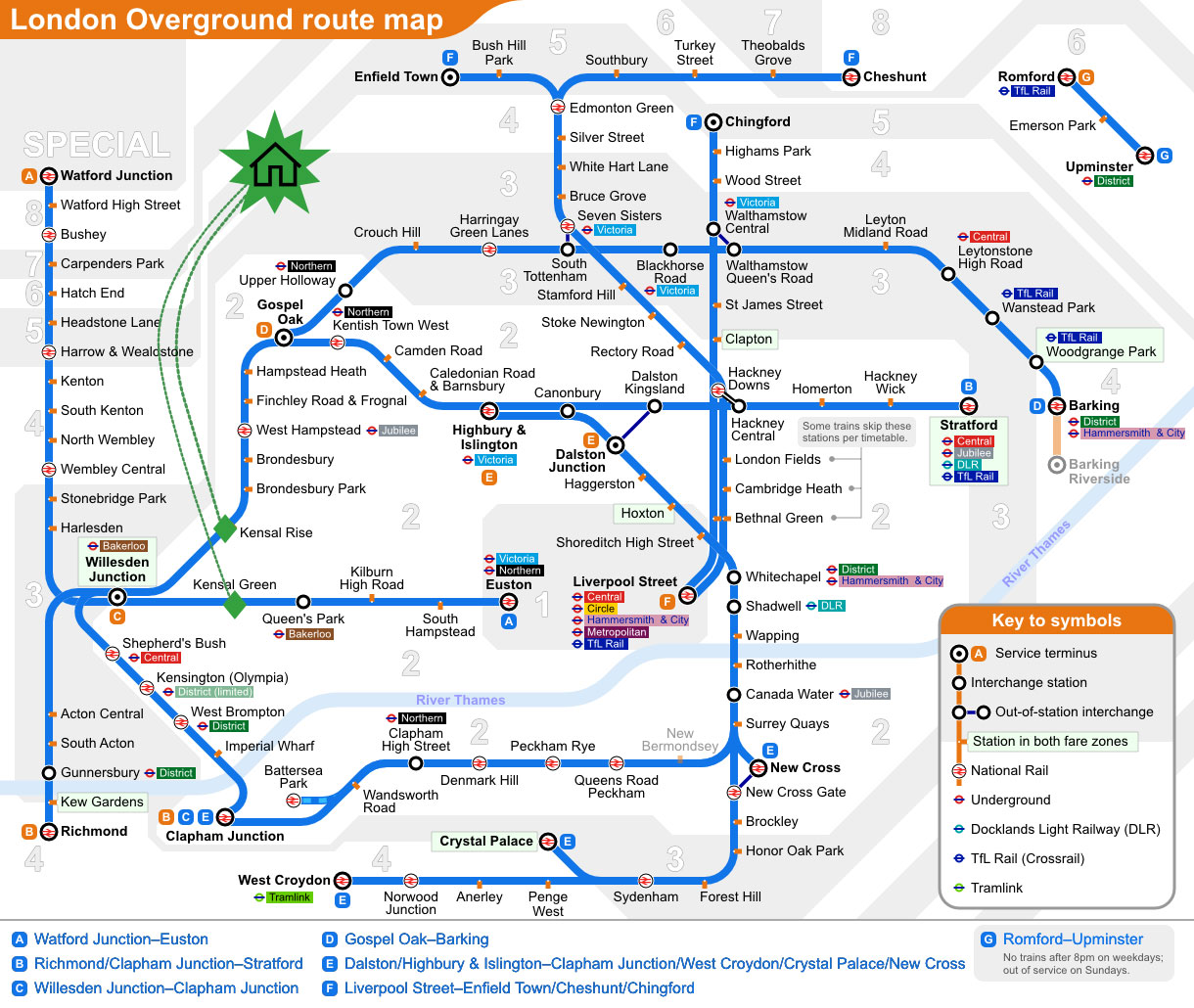 One of the oldest trains on the Underground circuit, the Bakerloo originally only went from Baker Street (in Marylebone) to Waterloo station. Today, however, it goes much further north and somewhat further south. It is a consistent and reliable way to get into central london and there are two stations which are close enough to walk to. The closest -- the one we most regularly use -- is Kensal Green.

You will find several bus stations in and around Kensal Green station. The lines I take the most end up being the 6, 52, and 452. These are great lines for getting to locations in South-Western London like Notting Hill, Knightsbridge, Hyde Park, and Chelsea. But beyond these lines, you can also find the 28, 187, 302 and 316 lines.

You can find a map of stops and the busses at those stops here: Bus Stops Nearby

Heathrow is the closest airport to us and there are a number of reasonable ways of getting here.

The options from Gatewick are structurally similar to Heathrow (see above) but Gatewick will take roughly twice as long (~ an hour). It is also probably worth discounting the Gatewick Express option as it drops off at Victoria Station instead of Paddington and really lowers the convenience considerably. I'm less certain about