There are some really fantastic Parks a bit farther afield that you may want to consider while visiting London: 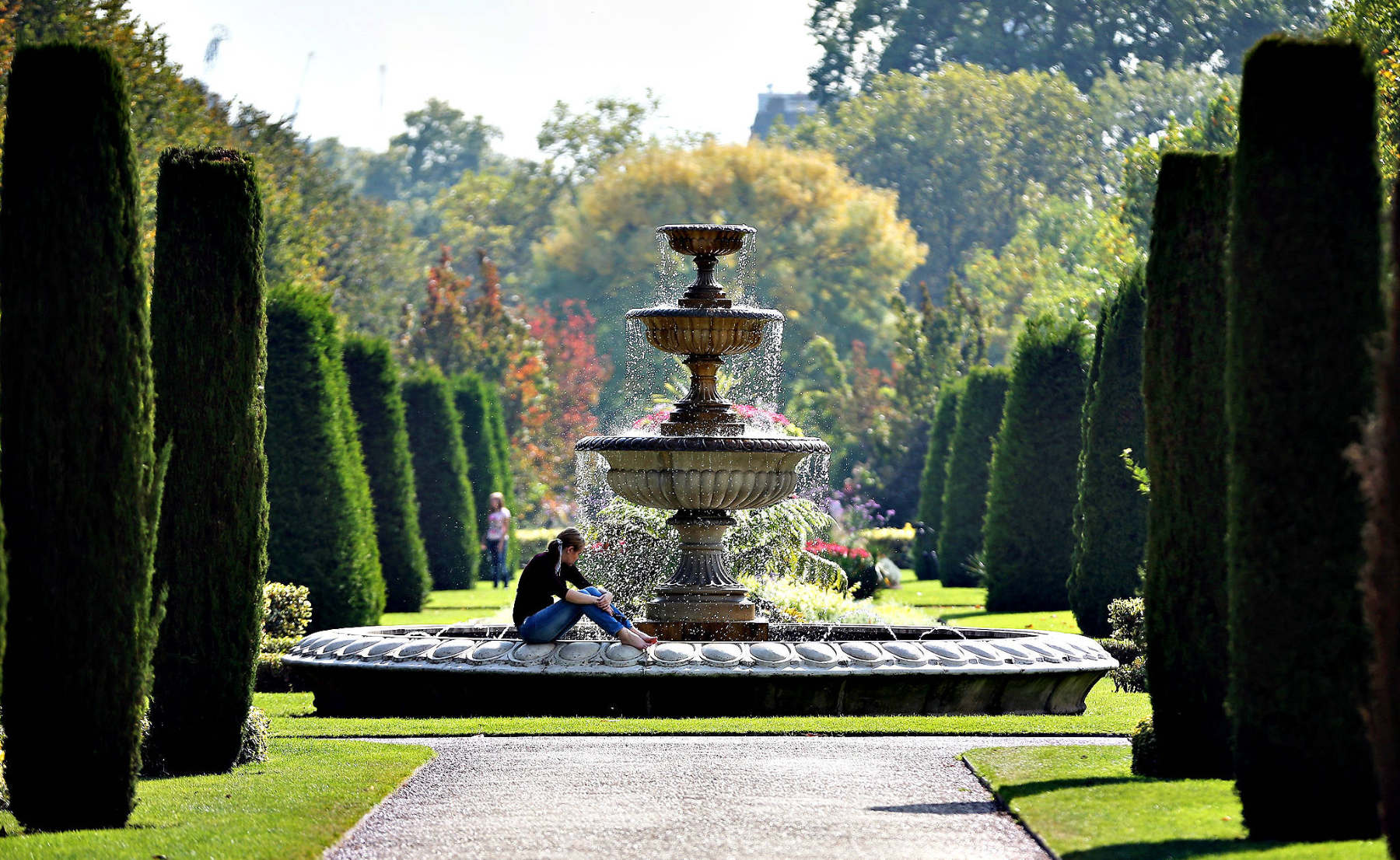 The Regent's Park is the largest grass area for sports in Central London and offers a wide variety of activities, as well as an Open Air Theatre, the London Zoo and many cafes and restaurants. 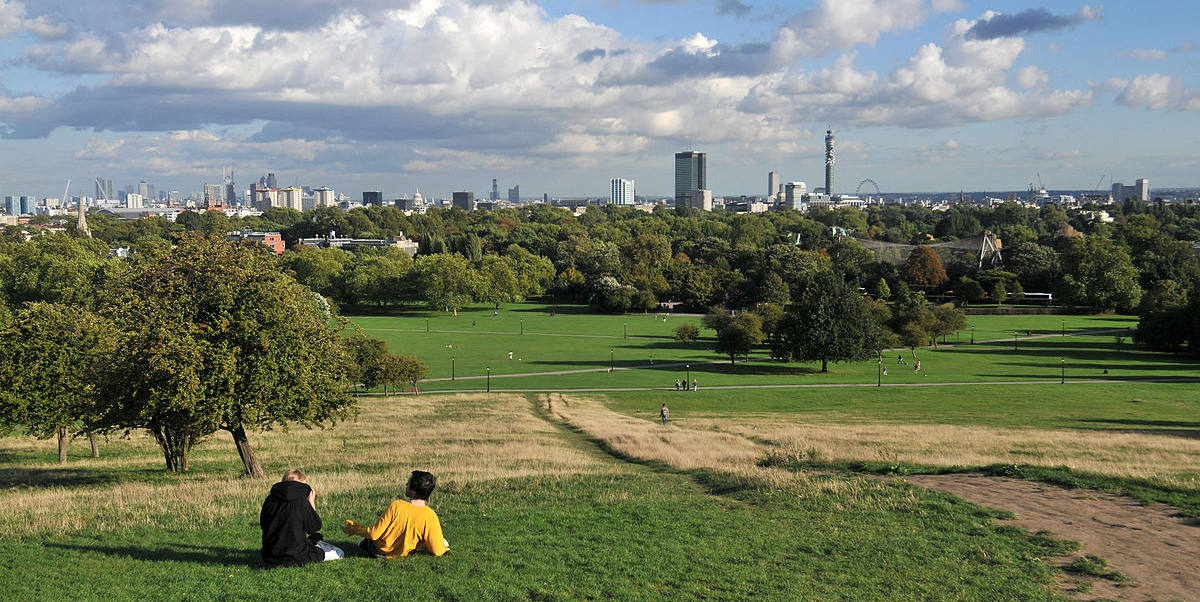 Primrose Hill has a character all of its own, at the summit of this grassy hill are some spectacular views across London. It is separated from Regent’s Park by Prince Albert Road and the ZSL London Zoo.

Like Regent's Park, this area was once part of a great chase, appropriated by Henry VIII. Primrose Hill, with its clear rounded skyline, was purchased from Eton College in 1841 to extend the parkland available to the poor people of north London for open-air recreation.

At one time this was a place where duels were fought and prize-fights took place. The hill has always had a somewhat lively reputation, with Mother Shipton making threatening prophesies about what would happen if the city sprawl was allowed to encroach on its boundaries.

At the top of the hill is one of the six protected viewpoints in London. The summit is almost 63 metres above sea level and the trees are kept low so as not to obscure the view. 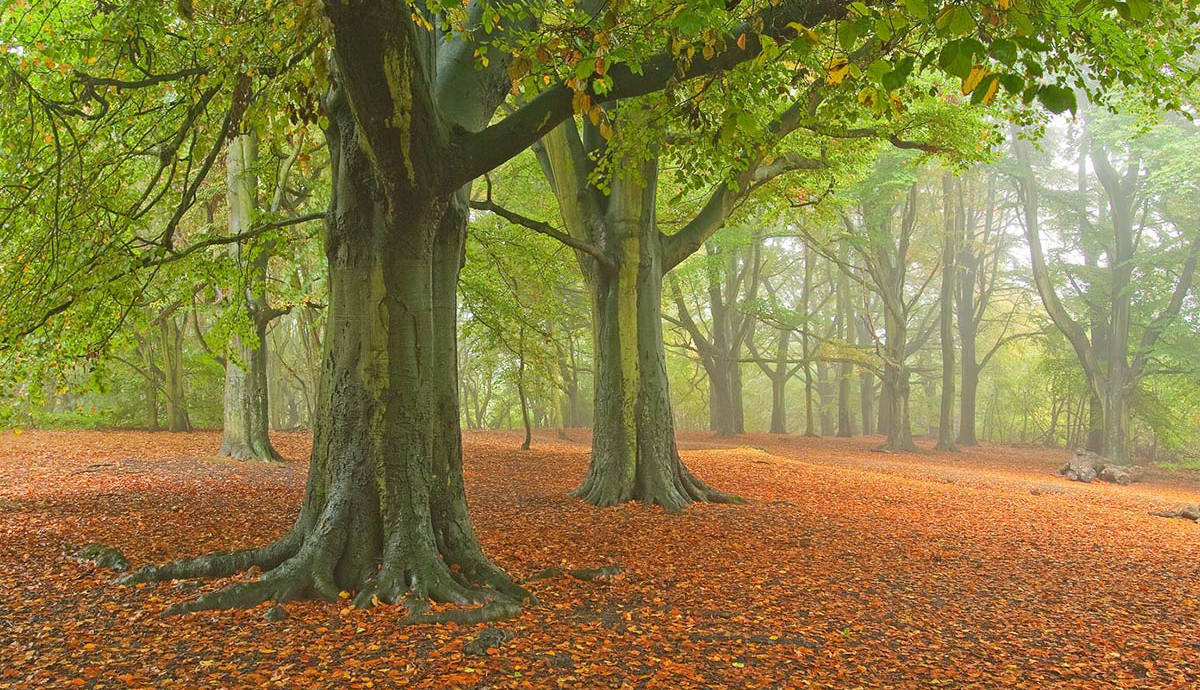 Hampstead Heath (locally known simply as the Heath) is a large, ancient London park, covering 320 hectares (790 acres). This grassy public space sits astride a sandy ridge, one of the highest points in London, running from Hampstead to Highgate, which rests on a band of London Clay. The heath is rambling and hilly, embracing ponds, recent and ancient woodlands, a lido, playgrounds, and a training track, and it adjoins the former stately home of Kenwood House and its estate. The south-east part of the heath is Parliament Hill, from which the view over London is protected by law.

Running along its eastern perimeter are a chain of ponds – including three open-air public swimming pools – which were originally reservoirs for drinking water from the River Fleet. The heath is a Site of Metropolitan Importance for Nature Conservation, and part of Kenwood is a Site of Special Scientific Interest. Lakeside concerts are held there in summer. The heath is managed by the City of London Corporation, and lies mostly within the London Borough of Camden with the adjoining Hampstead Heath Extension and Golders Hill Park in the London Borough of Barnet. 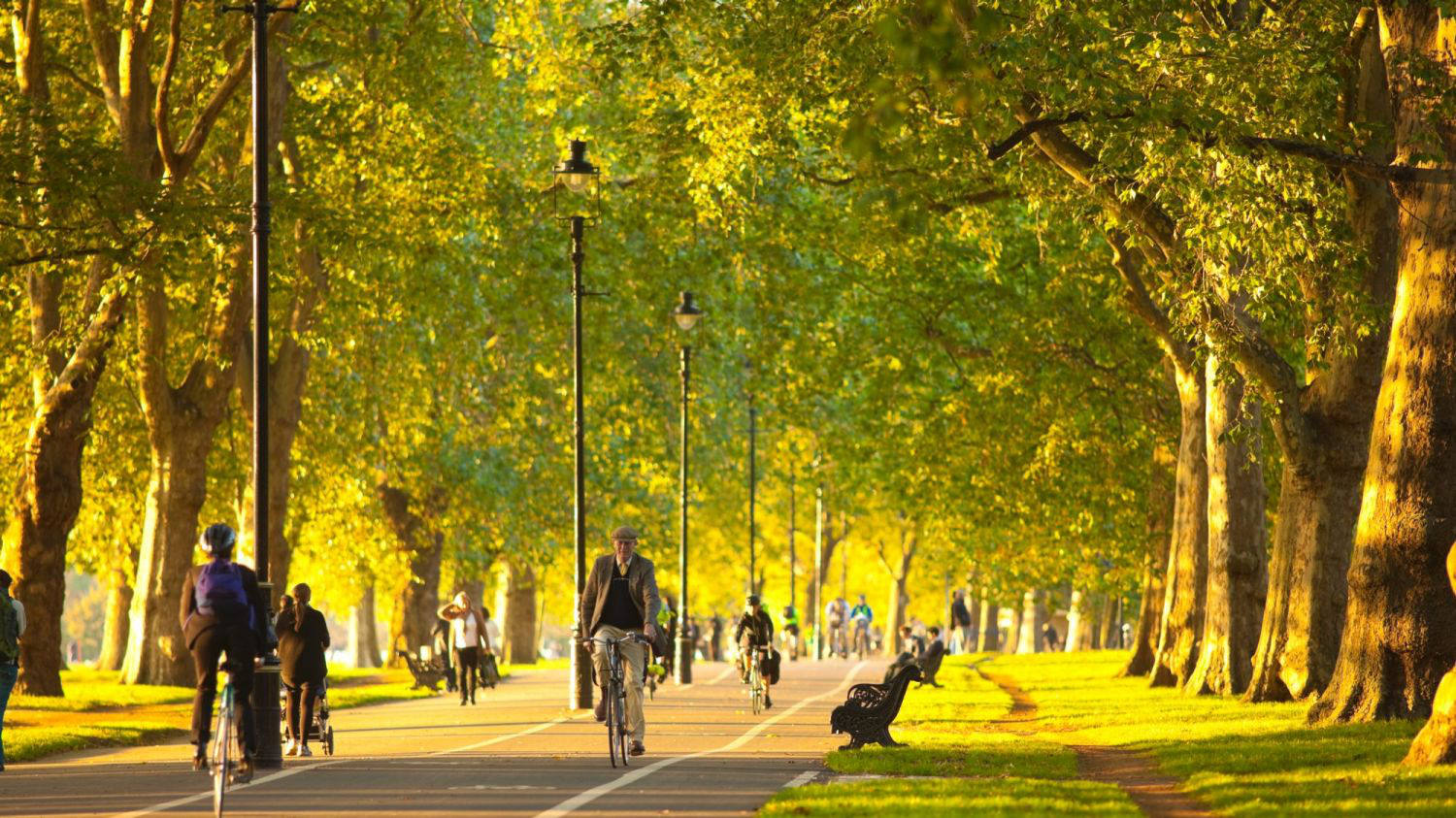 Hyde Park is a Grade I-listed major park in Central London. It is the largest of four Royal Parks that form a chain from the entrance of Kensington Palace through Kensington Gardens and Hyde Park, via Hyde Park Corner and Green Park past the main entrance to Buckingham Palace. The park is divided by the Serpentine and the Long Water.

The park was established by Henry VIII in 1536 when he took the land from Westminster Abbey and used it as a hunting ground. It opened to the public in 1637 and quickly became popular, particularly for May Day parades. Major improvements occurred in the early 18th century under the direction of Queen Caroline. Several duels took place in Hyde Park during this time, often involving members of the nobility. The Great Exhibition of 1851 was held in the park, for which The Crystal Palace, designed by Joseph Paxton, was erected.

Free speech and demonstrations have been a key feature of Hyde Park since the 19th century. Speaker's Corner has been established as a point of free speech and debate since 1872, while the Chartists, the Reform League, the suffragettes, and the Stop the War Coalition have all held protests there. In the late 20th century, the park became known for holding large-scale free rock music concerts, featuring groups such as Pink Floyd, The Rolling Stones and Queen. Commercial concerts have continued into the 21st century, such as Live 8 in 2005.